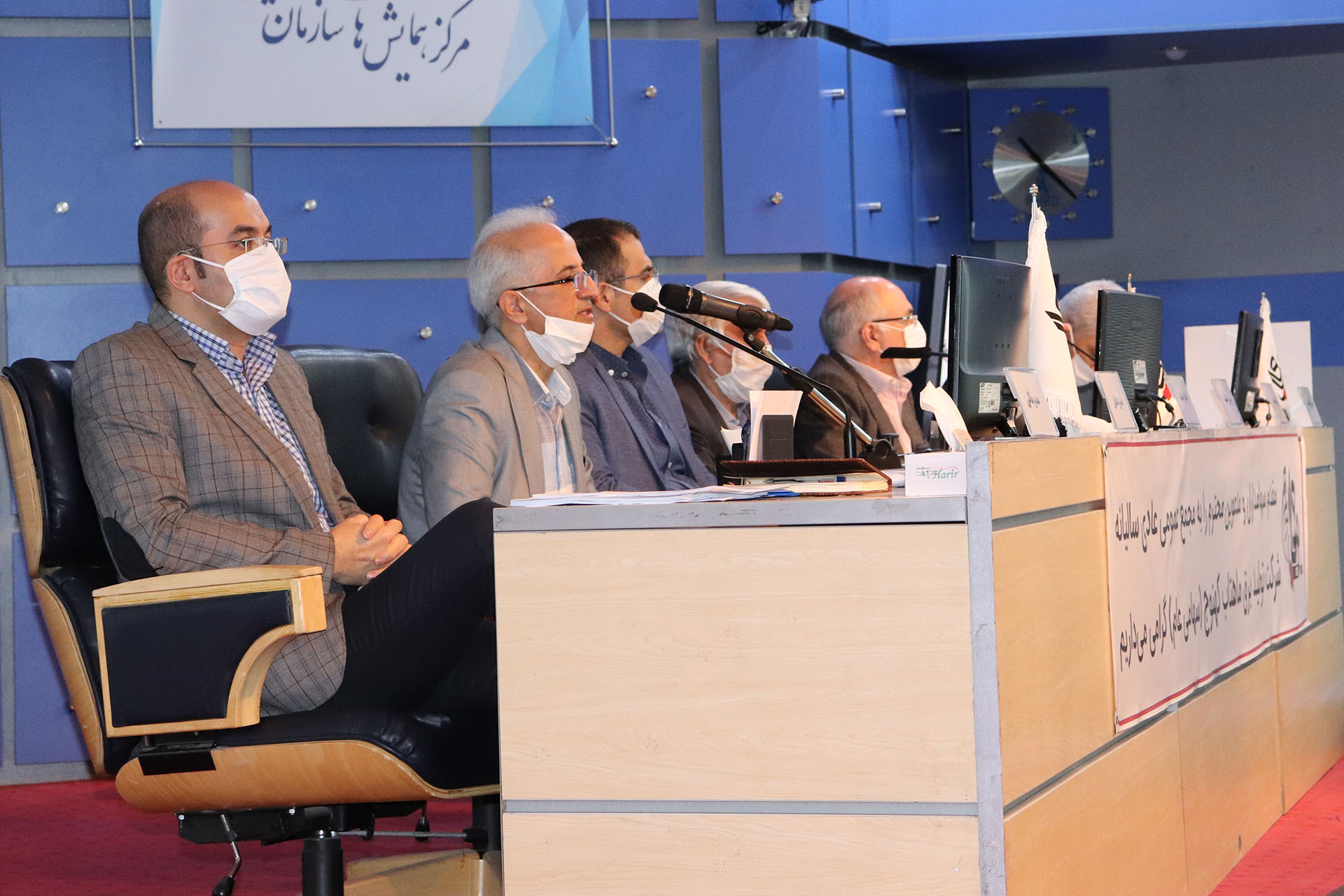 The Annual General Meeting of MahTaab Kahnouj Power Generation Company (Public Joint Stock Company) was held at 10:00 AM on Wednesday, May 20, 2020, with the presence of 76.78% of the company’s shareholders, chaired by Mr. Mallaki. The following decisions were made during this meeting.

Also, considering the current situation and preventing the spread of the disease, a significant number of esteemed shareholders followed the meeting live and the attendees in the hall followed the health protocols in full.